After the most painful flight we’ve ever taken, Joann and I were happy to at least bypass a pretty long line at Immigration thanks to Global Entry.

I’ll say it every time I mention it, get Global Entry! It only costs $100 for just over 5 years and is a savior when returning home from an international trip.

Also, since most domestic airlines are now implementing it with TSA PreCheck and the Trusted Traveler Program, it could save you a LOT of time at security.

Anyway, after waiting a long time for our bags (~45 minutes), we were picked up by my parents who were, coincidentally, flying to the Philippines later that day.

So instead of fighting back and forth with NYC traffic, we decided to hang around Queens and grab some grub before dropping them back off at JFK for their flight. 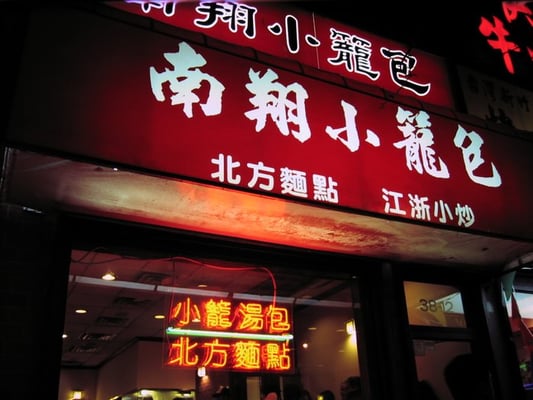 If you want some good Chinese food by JFK, head to Queens! Nan Xiang Dumpling House is only 10 miles from JFK. It should only be 15 minutes but who knows with the nasty Van Wyck traffic.

Good, cheap, and fast Chinese food. The highlights are awesome xiao long bao (soup dumplings), tasty scallion pancakes, and crispy pan fried noodles. I think the bill for the 4 of us was around $50. Cash only.

I mentioned before that my parents were flying to the Philippines. Months before, I had booked them in an all Business Class trip from JFK to Frankfurt to Bangkok to Manila for 2 months with a return via Seoul.

They would get to experience Lufthansa, Thai Airways on the new A380, and Asiana Airlines. It would be their first trip in Business Class together!

In case you’re wondering, a trip to Asia in Business Class will set you back 120k United miles. They each racked up these miles by signing up for the Chase Sapphire Preferred, United MileagePlus Explorer, and, gasp(!), actually flying!

They’ve since returned from that trip and told me it was a great experience. “Too much food!” I was glad to hear it.

To recap our short trip to Madrid, overall I’d give it a B.

It was a cheap fare. The flights were OK. The hotel was off the hook! The city itself had both historical and modern touches to it.

It gave us enough to do for 2.5 days. Anything more and I think we would have looked to venture to surrounding towns for day trips or visited another city totally like Barcelona or Seville.

Speaking of the mistake fare that got us this trip in the first place, I have to reiterate that you must act fast for mistake fares like that.